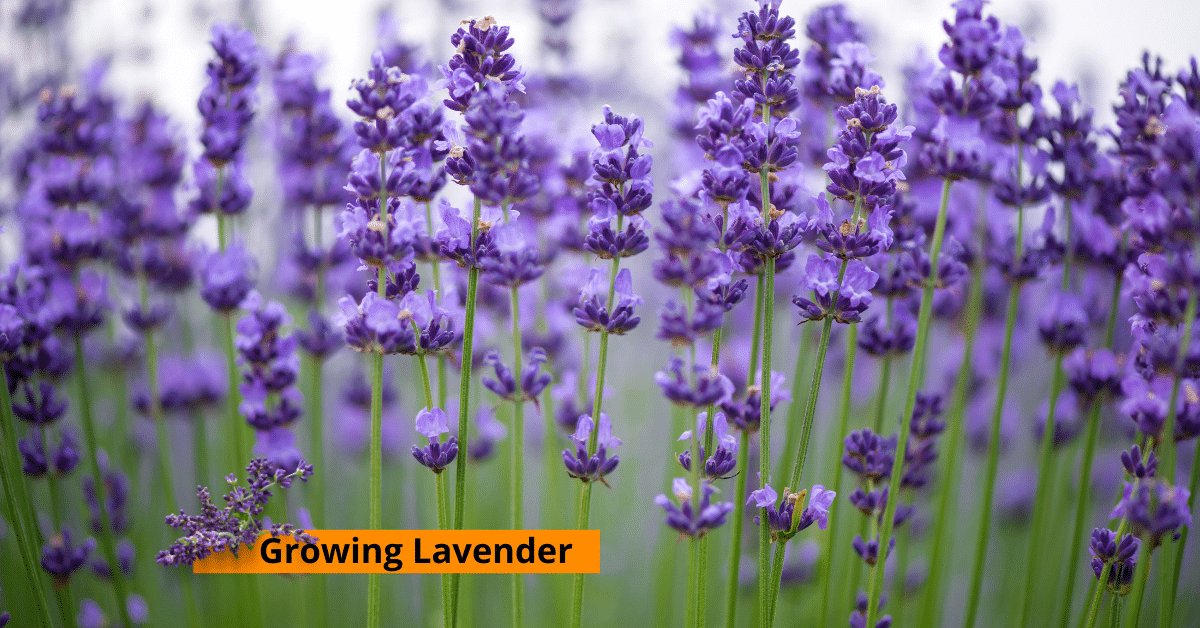 Growing lavender, Lavandula, commonly known as the lavender herb, is a genus. It holds 47 species of flowering plants that are known to date. Growing and planting Lavender has become a common practice in the modern-day.
The scent and visuals that the lavender tree and the lavender flowers provide get widely included in the gardens. The current techniques involve growing Lavender in pots as well. The flowers of lavenders get borne in whorls.
The spikes hold the flowers, which rise above the foliage. The colors of lavender flowers vary from blue, violet to lilac. Lavender bushes also look attractive.

The plant grows at a speed of 6-7 inches every year.

The plant finds its nativity in the Mediterranean region.

The plant requires little to no fertilizers during the growth period. Pruning the plant helps the plant to grow vigorously. Routine watering should become a norm while growing the plant.

The history of the Lavender tree plantation dates back to the times of ancient Greeks. They were the ones to term the herb as Nardus in Latin. The name resembles the city of Naarda.

As per research, the lavender flowers required one hundred denarii per pound during the Roman reigns. It was equivalent to that of the monthly wages of a farm laborer.

In England, the herb got introduced during the 15th century. At that time, the queen used lavender seedlings to produce jam. Teas made use of Lavender and for medical purposes. It enhanced the taste of the tea.

In the 21st century, Lavender still finds its purpose to flavor teas. It is also used in vinegar and jellies and served as a beverage.

It becomes essential to restrict the usage of Lavender to only culinary Lavender for cooking. One must be mindful of the fact that the gardener can spread pesticides.

Nutrients and Minerals for Growing Lavender

When it comes to the nutrients and minerals required for growing Lavender, it generally requires a more significant amount of Nitrogen than Phosphorus and Potassium. It helps the plant to provide greater yields over a more substantial time frame.

When an excess amount of Nitrogen gets provided to the lavender plant, it responds remarkably. But, when the quantity is more than what is required, it can harm the plant. The quality of the oil reduces.

At the same time, the weeds develop faster.

Fertilizers for Lavenders with quantities of Nitrogen, Phosphorus, and Potassium gets applied to improve the yields. Seven hundred pounds of NPK 20-10-10 per hectare get added every year.

The application of the same can gets divided into 2 to 3 times. But, one has to be mindful while applying the fertilizers.

When to plant Lavender

Growing Lavender can be an enriching task. It provides an intoxicating scent and comes with delicate flowers that make a garden look perfect.

An area full of sunlight and a good drainage facility is the most important thing to keep in mind while growing Lavender.

Warm and temperate climates suit lavender plantations perfectly. It would be wrong to say that Lavender does not grow in cold areas. It is mainly dependent on the variety of lavenders.

English lavenders tend not to grow in humid summers. But, the other varieties of Lavender grow in such climatic conditions. Growing Lavender in pots has become the new trend.

Where to plant Lavender

Various aspects influence the growing Lavender from the seeds of the plant. It depends on the exposure to light, the soil constituent, the spacing between the plants, and the time of planting, which determines the area that lavenders can be grown. Lavenders require full sun for their growth. The hot summers help the cause of their growth in the best possible manner.

When the soil is moderately fertile, Lavender tends to thrive on such kind of soil. It is essential not to amend the constituents of the earth with the organic matters before they get planted.

The plants need to be 1 to 3 feet apart, depending upon the variety of the plant.

In areas colder than zone 6, spring is the most favorable for the lavenders to get planted. In areas warmer than zone 6, the plants need planting before the early fall to grow during the cooler temperatures.

How to plant Lavender

It can sometimes be hard to grow from seed. Ten years can take up to 3 months to germinate.

One can also try taking a cutting from a mature plant. While planting, they should get separated by a distance of 2 to 3 feet. The height of the plants may reach up to 3 feet.

It is essential to add mulch. Mulch, when added, helps to reduce the weeds to a minimum. One must keep the mall at a distance from the ground. Excess moisture could be harmful to the lavender plant.

The plant must remain exposed to the sun for about 6 hours or more a day for better Lavender care.

Most people tend to over water the plant, which should not be the case. The plant requires a well-drained area. When the soil is heavy or clayey, it is best to grow the Lavender in pots.

In the sandy earth, the earth requires a mixture of gravel to improve the drainage system.

One must make sure that the plant receives a good amount of airflow in case of high humidity.

Lavender is a prevalent plant grown widely across the planet. 39 different species of Lavender get cultivated across various climatic conditions. The top three varieties of the plant are English Lavender, French Lavender, and Lavandin.

The other name for English lavender is True Lavender or Common Lavender. One can powerfully associate English Lavender with the purple fields of Provence. The colors of the plant may vary from Blue purple to violet-blue or white-pink.

It grows well when the conditions are poor with a good drainage facility.

French Lavender, known by the name of Fringed Lavender. This variant of Lavender is native to the regions of Eastern and Southern Spain.

It is easily recognizable because of the purple bracts that it holds on the flower heads. The flowers remain compact in shape. They bloom over a long period.

The decision for blooming starts from the early summers and extends to the end of the year.

It is a popular hybrid that is a combination of English Lavender and Portuguese Lavender.

The long spikes of the fragrant flowers are the most recognizable characteristics of the plant. The blooming period ranges from the middle of summers to late summers.

Harvesting Lavender and storing it

When to harvest Lavender:

When the lavender flowers begin to open, it is time for them to harvest them. Living the flowers to dry is a critical practice. Mid-day is the perfect time for it to dry the same. The concentration of the oil is the most during that hour of the day.

With the help of a garden pruner, the flowers and the stems need snipping. One has to remove the flower’s stalks once they commence fading away. The gardener should take them away at the earliest.

Drying is the process that can help to preserve and store Lavender. It is essential to dry the flowers in a dark space, which is airy as well.

The inoculation experiment suggests that Shab is a significant disease affecting the growth and plantation of Lavender. The primary cause of the disease comes in the form of the fungus by the name of Phoma Lavandulae Gab.

Among the earliest symptoms of the disease, the young shoots tend to turn yellow. During the later phases, the branches tend to die.

The disease ultimately spreads across the entire length of the plant and kills it. The infection tends to affect the leaf axils from the freshly wounded parts of the plant. The disease then progressive downwards and invades the tissues.

There are two ways in which the infection spreads.

Measures to control the infection by the fungus, but it is on the principles of plant sanitation. The researchers have met with considerable success when the technique mentioned above gets put to use.

What is the best time of year to plant Lavender?

Areas that are colder than zone 6 requires spring or early summers for planting lavenders. While in warmer regions, early fall is the best time for lavender plantation.

How do I prepare my soil for Lavender?

Lavender seeds need slightly alkaline conditions to thrive. One can add builder’s sand to improve the overall drainage of the soil. Excess moisture in the ground may not suit the plant. Soil for Lavender requires little moisture.

Is Lavender easy to grow?

Lavender is quite an easy crop to grow. It is tolerant of droughts, heat, and wind. Hardiness zones of 5 to 10 are most suitable for it. Lavender also gets planted indoors.

How often should Lavender be watered?

Until the plants get well established, it requires watering once or twice every week. Lavender growing conditions require adequate water for outdoor Lavender plantation.

Where does Lavender grow best?

Lavender grows best in climatic conditions similar to that of the Mediterranean region. The Provence region of France sees Lavender gets commercially produced.

Is it easy to grow Lavender?

Lavender is relatively an easy crop to grow. It can tolerate all kinds of weather conditions but grows best in Mediterranean conditions.

How do you harvest Lavender, so it keeps growing?

Harvesting and drying lavender is an easy task. The stems need snipping off before the opening of the flowers.

How many times can you harvest Lavender per year?

One can harvest Spanish Lavender up to three times a year, unlike English lavender. One can only gather English Lavender once a year.

What happens if you harvest Lavender too late?

If one harvests lavender too late, the chances prevail for the plant to grow in size, slim, and develop a woody base. 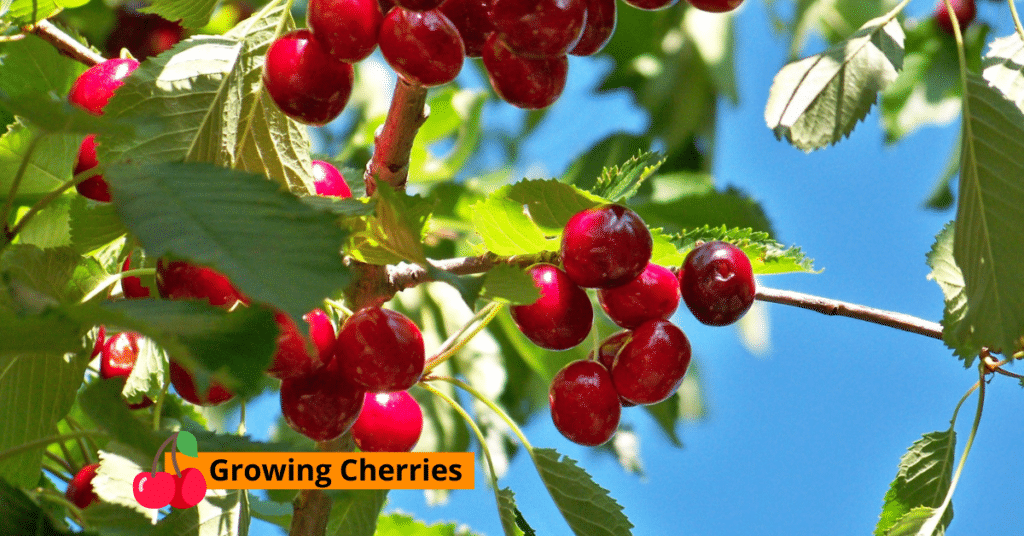 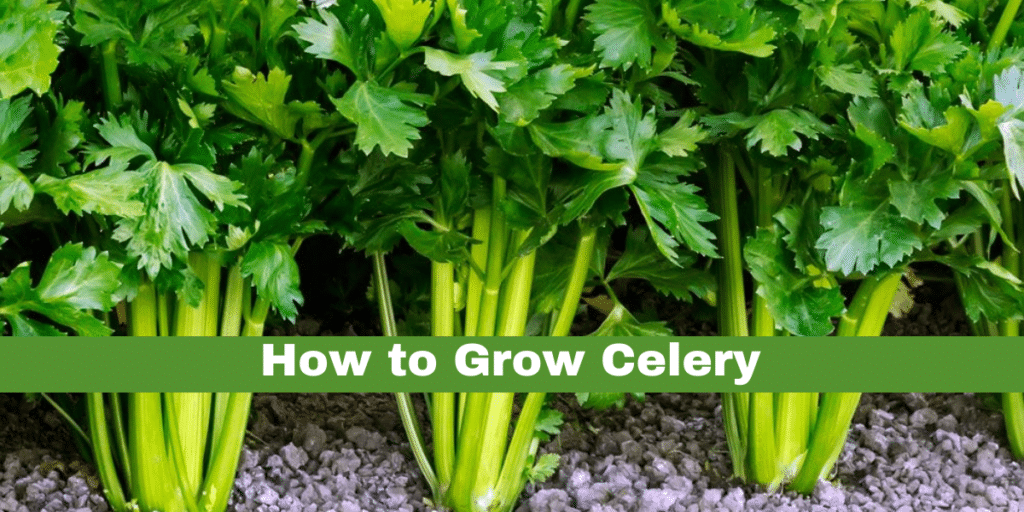