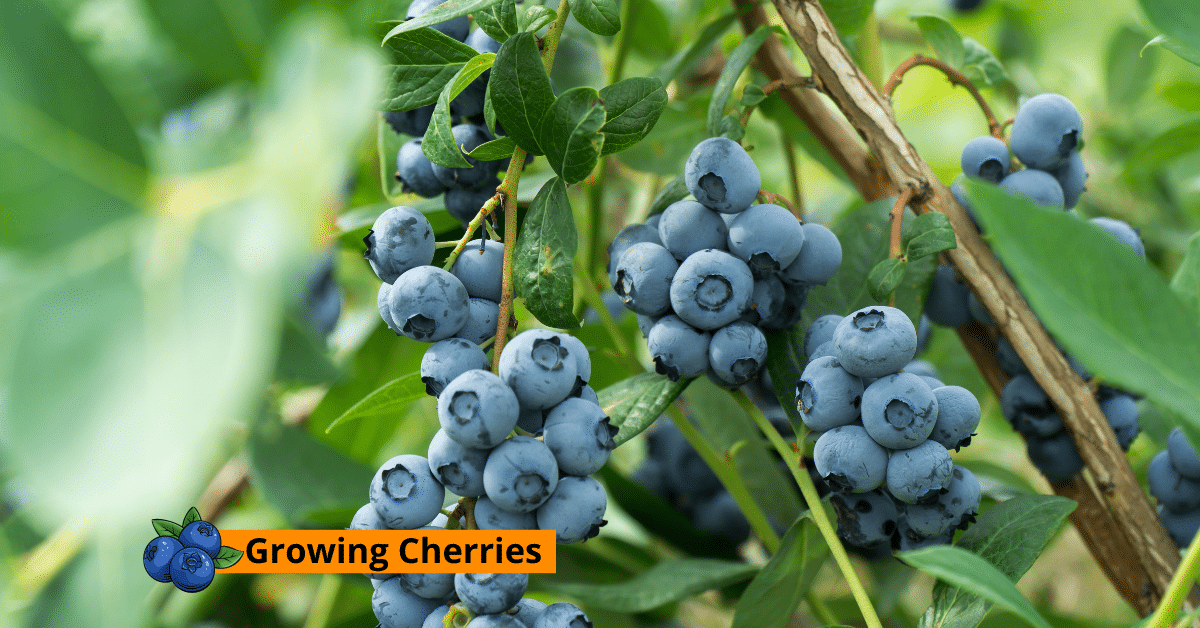 Growing Blueberries, Blueberries belonging to the Ericaceae family get grown for their edible berries. They primarily are Eurasian species of shrubs in Vaccinium species. The scientific name of the species often gets called the Vaccinium myrtillus L. However, several species are closely related to them. Blueberries get known by various names in various parts of the world.

They get called by the word ‘bilberry’ in the Scandinavian regions. In regions such as Scotland and Northern English, they get called blueberry, whereas, in southern England, they get called whortleberry. Though bilberry and blueberry belong to the same family, the native bilberries of England are different from the North American blueberries.

They are of four variants; highbush, lowbush, hybrid half high, and rabbiteye

They take about 5-8 years to mature and become ready to bear fruit.

They reach a height as high as 5-8 feet.

Acidic soil for blueberries is the best bet. Incorporating peat moss in any soil type makes it ideal for the growth of the plant.

They can grow blueberries well when placed in direct sunlight, but shaded regions should do just fine.

Blueberries can get sowed as close to 2-2.5 feet apart, and when sowed row to row, they should get spaced around 8-10 feet.

They bloom during the summer and spring.

Apart from wild berries, all are primarily non-toxic.

They are slow-growing shrubs and take about 5-8 years to prepare for production.

They are native to the eastern USA.

Their shallow roots require a proper watering system in their entire growth stages. Adding organic fertilizers to the soil flourishes the growth of the blueberry plant. Maintaining low pH and adding soft pH mulch like peat moss and pine needles go down well with the plant.

Blueberry cultivation dates back to thirteen thousand years in various parts of North America. The natives residing in the northern part of America realized the benefits of consuming them, and widespread small-scale farming started.

Standing in 2021, more than a billion pounds of berries get commercially cultivated in the country’s northern parts. A farmer named Elizabeth White, in 1893, realized the hidden potential of blueberries and started small-scale farming in her backyard.

The low calorie and fat content make it one of the healthiest fruit available in the market. The high fiber content in blueberries makes it ideal for people struggling with bowel movements and constipation. A blueberry consists of 14% carbs content and 84% water and the rest got made up of a small proportion of proteins and fats.

The carbs present in the fruits are of simpler sugars like glucose and fructose. The low GI of blueberries makes it suitable for people who have type 2 diabetes. Apart from carbs and fibers, the fruit got loaded with various Vitamin groups and minerals.

Vitamin K1 present in them plays a role in bone health and blood clotting factor. Vitamin C presents being an antioxidant that helps in improving skin health and the immune system. The mineral Manganese present in blueberries plays a role in the metabolism lipids, carbohydrates, and proteins. They also contain a trace amount of copper Vitamin E and B6.

Minerals and Nutrients for the Plant:

The process of fertilizing blueberries is somewhat different from other plants. Adding fertilizers to the soil involves three steps involving promoting plant growth and the development of fruit. The plant responds best when fertilizers get added to the earth in small doses, with the first dose getting added when the new growth initiates in the springs.

Growing blueberries on a large scale require a nitrogen fertilizer of ammonium types like urea, cottonseed meals, or sulfur-coated urea. Planting blueberries with nitrate fertilizer proved detrimental as it acts as a toxic agent to the plant.

When to Plant Blueberry Bushes:

New cultivators often ask the question when is blueberries season on several blogs. Blueberry plants are slow growers and take about almost eight years to be fully grown. The cultivator should show a lot of patience when growing them, as they may take as long as two-three years before the plant can fetch a good harvest.

A fully grown blueberry bush looks very attractive, and wait is worth every penny. Ideally, seed sowing should initiate during the spring season, and the first stage of pruning should start in March, once the cold and rough weather has passed. In April and May, the cultivator can plant the next batch of the blueberry bushes.

Adding mulch in the growth phase proved very helpful and harvesting should get carried out in July. As mentioned earlier, apply fertilizers once harvesting gets done, and that should continue till September. As the winter season sets in very soon, start using heavy mulch to protect the plant in September and October. The soil pH plays an essential role in the overall growth, and it should remain acidic. The plants require direct sun, so pick a spot that receives ample sunlight.

How to plant Blueberries:

Experts strongly advise not to plant blueberries too deep into the soil, and ideally, the root ball should remain below the soil surface. Digging holes of twenty inches deep and eighteen inches wide should do the job of sowing the bushes. A space of about 4-5 inches should remain adequate space for the individual plant’s growth.

The soil used in growing blueberries should include two parts loamy soil and one part oak leaf mold, peat moss, or compost, which will go down to the bottom of the hole. Once done with placing the plant, tighten the gap using soil. Now, accordingly, add fertilizers to the plant in three stages as described earlier. People who look into the prospect of planting blueberries in a container should go ahead with the plan.

People who grow blueberries in containers have the advantage of protecting the plant from bird attacks much more effortlessly. They are easy to harvest and can get moved from one place to another easily.

How to prune blueberry bushes:

Before we discuss how to prune blueberries, first, we must discuss when to prune blueberries. In the initial days of the growth, maybe 3-4 years, the plant does not need pruning at all. Once that phase passes, the cultivator needs to prune the plant to stimulate new shoots that eventually bear fruit next season.

In the late winter, cultivators should begin cutting down shoots, hoping to deliver good yield next season; some cultivators often prefer early spring to prune the plant. Now, the cultivator must separate which part needs to prune for the betterment of the plant; dead, broken, and weak shoots should get segregated and detached using a sharp knife.

In the case of a high bush, identify older nodes that are more than six years old, causing the plant to droop, branches on the lower part of the plant where the fruit may touch the ground, and remove them.

Blueberries become ready for harvest typically in June and last till August. The cultivator should not rush when it comes to harvesting blueberries and wait for few more days once it turns blue. A blueberry ready to harvest will fall off into the hands quickly, and they don’t need a sharp object to detach them from the shoots.

A blueberry plant becomes ready for harvest only after it reaches the age of six years. The cultivator should remain diligent for six years to properly carry out blueberries plant care with utmost importance. When it comes to various other fruits, blueberries are one of those fruits that are easiest to store. The cultivator needs to freeze them properly, and the fruit will get ready to consume whenever a person wants. The cultivator should never wash the fruits before storing them, making the fruit’s skin challenging. They need to get dried before storing them in freezers.

Pest and Pesticides for Blueberries Plantation:

What is the best month to plant blueberries?

Early spring is the best time to grow blueberries, and proper care needs to be provided to the plant to fetch a good yield eventually.

What is the best month to plant blueberries?

The soil pH should be acidic for the plant to survive, and the area should receive direct sunlight to grow properly.

What is the period to grow and harvest blueberries?

Growing a blueberry plant is lengthy and takes about 5-8 years to become ready for harvest.

How can a cultivator plant and maintain blueberry bushes?

The cultivator should put serious effort into maintaining the pH of the soil in the acidic region and look for areas where ample sunlight reaches. After sowing seeds, the cultivator should wait for two to three years before pruning the plant. Using fertilizers in three steps suits the plant well.

How long will a blueberry plant grow from a seed?

What are the best fertilizers for cultivation?

How many blueberries can one plant produce?

One plant can produce as much as seven pints in one harvest.

How to make the soil more acidic for blueberries?

There are different methods one can employ to lower the pH of the soil with the likes of well-decomposed compost, sphagnum peat, ash are high up on the list.

Do you need two blueberry bushes to produce fruit?

Some variants require planting two bushes to fetch good yield, but most of the other variants do well with one brush once it reaches the proper growth.

Is it easy to grow blueberries?

The process of growing blueberries may not involve a lot of hard work and dedication. Still, the cultivators need to remain patient with the plant as it requires a long period to mature before becoming ready for harvest. 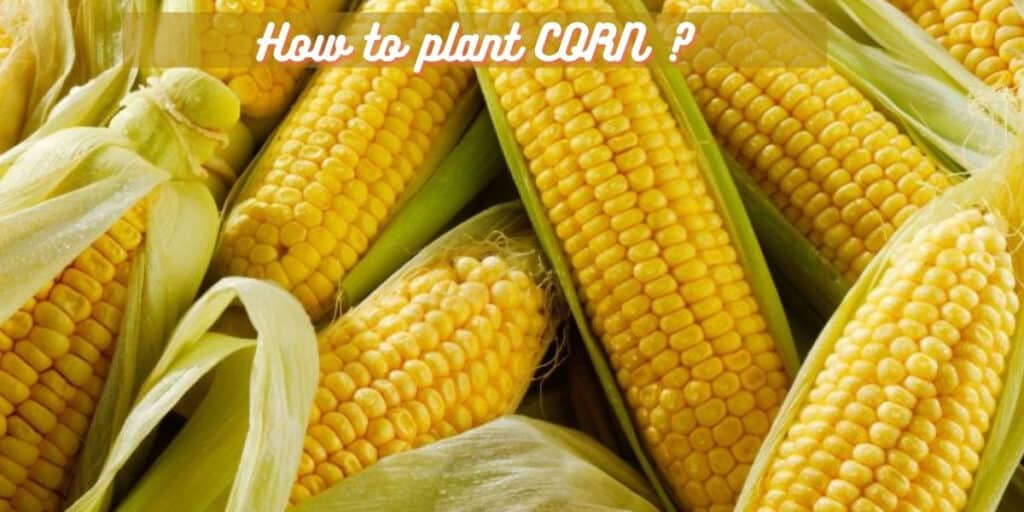